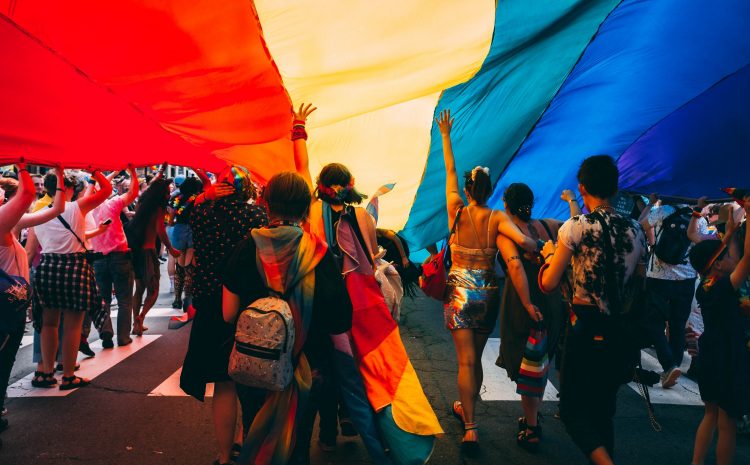 The month is PRIDE, and it is time to celebrate humankind. During this part of the year, people across the globe come together to celebrate the indifferences between us. This blog will talk about how Cannabis and PRIDE communities are related to each other and how PRIDE has supported during the initial stages of Cannabis legalization.

The story rolls back to the 1980s –  to those days when cannabis and LGBTQ were intertwined with each other. Not only have studies shown that members of the LGBTQ community are more likely to consume cannabis, but the legalization of cannabis also came for a push in response to the 1980 AIDS epidemic, which affected the LGBTQ community disproportionately. Plenty of activists fought for the decriminalization of cannabis during the 1970s and 80s in the United States. Hippies and libertines initially inspired the roots, but they were also linked to activists such as Richard Lipsky, a gay rights activist who became known for favouring decriminalization and destigmatization. Even before then, Washington DC was the first city to decriminalize cannabis in 1968. Sadly enough, it was short-lived.

Activists like Denis Peron and Brownie Mary helped elevate cannabis use to AIDS patients while studying how cannabis can benefit San Francisco during the epidemic. However, this was still a time when cannabis was not looked upon as a recreational drug as it is today, and it is because of activists like Peron that the cannabis community looks at cannabis in a different light.

Peron started Marijuana Medical Program and Cannabis Buyers Club to try to end the stigmatization of cannabis usage. He also took Gay Pride and other LGBTQ events, such as the San Francisco Halloween Parade, and introduced them to the hemp flag.

Brownie Marie – another cannabis activist from San Francisco known for her cannabis-infused brownie-also significantly impacted this time. She also worked to destigmatize the consumption of cannabis through the release of a brownie infused with cannabis.

Lipsky provided an important link between LGBTQ and cannabis activism working to destigmatize homosexuality and marijuana usage. He also created a community among gay men, calling his organization Gay Men’s Health Crisis (GMHC). During the same time, in San Francisco, other activists like Tom Forcade and Peter Bloch helped raise awareness on HIV/AIDS among homosexuals and bisexuals and those who used marijuana.

It is now clearly evident in the United States that the legalization of cannabis is on a spree, and many businesses, especially LGBTQ owned, are receiving more support from consumers than ever. At first glance, it may seem like the cannabis community is following a similar approach of the Alcohol, clothing and banking industry to earn some pink dollars while supporting the PRIDE. If you observe in the past few years, queer people have shown more interest in cannabis due to the oppression which they were facing earlier. So, it is important to hear and support their voices to the fullest. Another way is to work with LGBTQ voices in campaigns, and we at CanMar Events are already walking on the path to support our dear LGBTQ+ community.

Also Read,
Paid Cannabis Advertising: An Overview on What’s Allowed, and What’s Not

If you wish to find out more about the LGBTQ community and cannabis, we highly recommend that you check out the High PRIDE festival, organized every year in Los Angeles, San Francisco, Seattle and Vancouver. It has been held annually for more than 25 years now. It is a festival where you can see lectures by medical professionals, LGBTQ activists and cannabis business owners who are also queer. This year from June 27th to July 1st, it will be held in San Francisco. To participate in other exciting online events relating to Cannabis and Psychedelics Industry, become a member of CanMar Events, and we will instantly notify when we organize cannabis educational, business, BIPOC, and various other talk shows where entrepreneurs across the cannabis space come together on our platform to spread the word. Join now!